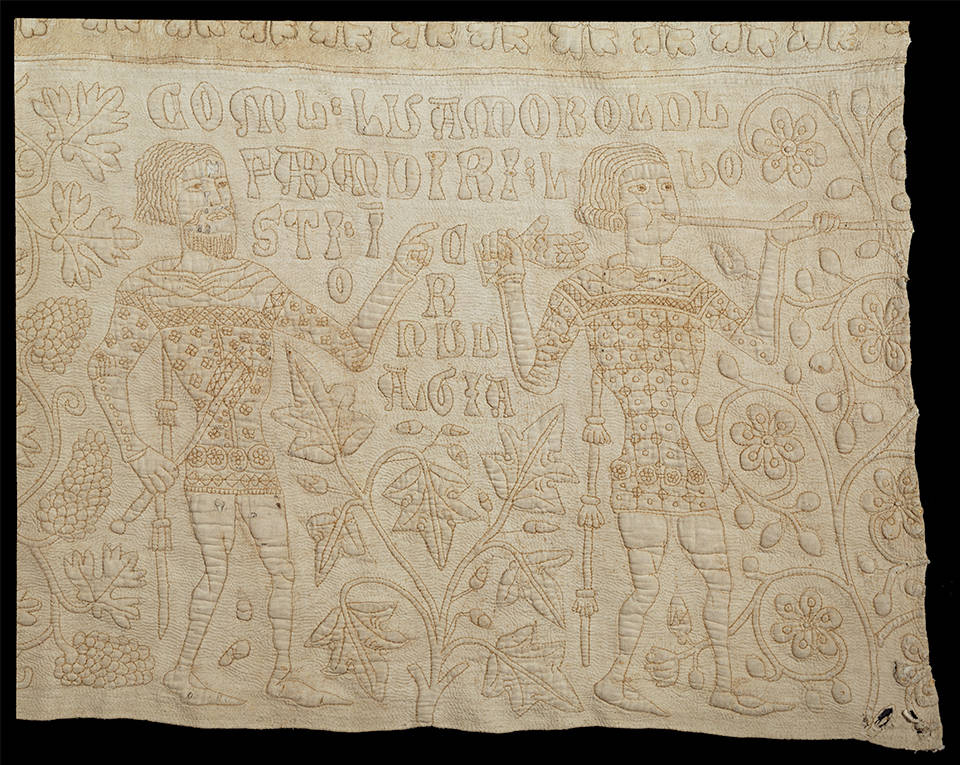 It’s up! My fiber art critique group has their first exhibit at the Andover Library through April 30, 2018.

Thanks to SAQA – MARI, Betsy Abbott gathered fellow members and friends together, creating what we now call “Joined by Stitch.” Seven fiber artists, each with their own perspectives and favorite techniques, meet monthly to share studio revelations and our journeys. I’ve really enjoyed getting to know Betsy, Sue Colozzi, Tarja Cockell, Janis Doucette, Anne Kimball and Madalene Axford Murphy.

We’re hosting a “Meet and Greet from 7 to 8 pm on Tuesday April 17 at the library. I’d love to see you there!

Fiber Art at The Gallery in Malden

The March landscap in Massachusetts can be an acquired taste. Bare branches, squishy boggy mud and wide ranging weather possibilities make cozy pancake eating days in maple sugarhouses one of its main attractions. However, March 2018 is a magical time to discover Land and Nature Scapes in fiber art around Boston.

More than a dozen fiber artists share their work at The Gallery in Malden from March 1 to the 25. The reception is on Thursday March  15 (aforementioned wide ranging weather postponed the date) from 7 to 9pm. You’ll enjoy a wide range of imagery and messages inspired by the lines and color from around the world.

I’m delighted to be part of that exhibit, but let me point you to web sites of some of the other artists: Betsy Abbot, Sue Colozzi, Tarja Cockell, Madalene Murphy, Kathleen Connors, Carol Ann Gotrian, Jeanne Marklin, Valarie Poitier, Janice Jones, Cathy Granese, Ann Kimball, all gathered by the wonderful Janis Doucette.

A newcomer on the Malden scene, The Gallery is a local maker’s gift shop, exhibit space and community space dedicated to the arts right in Malden Square. Its spirit and inclusion is boosted by the wonderful Ose Schwab, with the physical space supported by DSF Advisors. The Gallery reflects Malden’s diverse population, and I’m excited to see how it develops. Go Gallery, go!

Will I see you there? Hope so, but if not, perhaps you can make it to April’s meet and greet… more about that next time.

Melrose, Massachusetts (my fair town) has a vibrant art community and festival. We even have a community arts calendar. As a member of the Cultural Council for six years, my appreciation of the reality and possibilities grew. So when Demi Dubois asked me if I thought we could put together an Open Studio Tour in six weeks, it didn’t take for me to respond, “Yes.”

In three weeks, with help from Ellen Rolli and Adrian Johnston, she gathered many artists, a logo so I’m whipping together a web site for the first Melrose Open Studio Tour.

You heard it here first!

I’m running upstairs to get my fiber den ready for visitors. See you there?